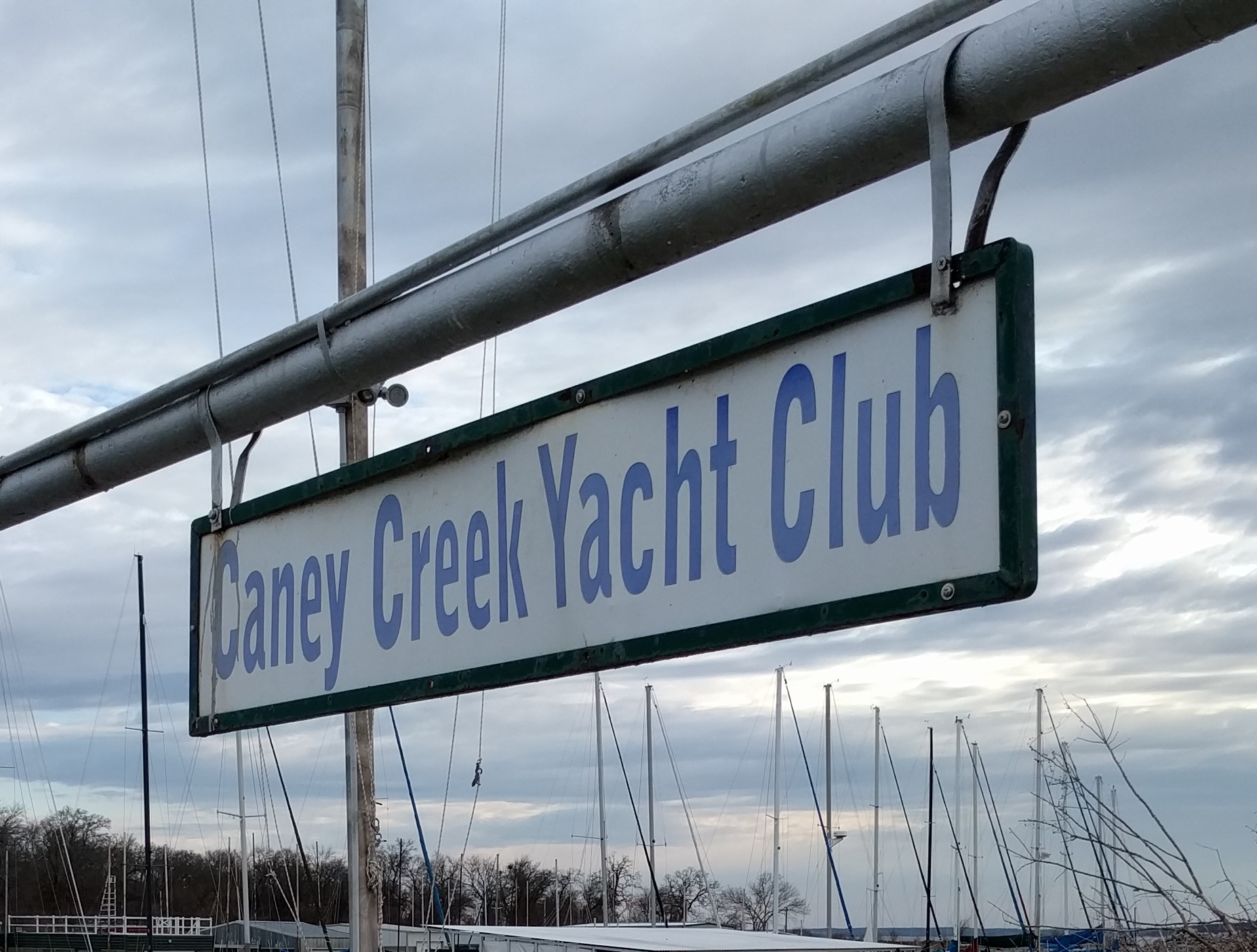 Approximately in September of 1976 Dick Battle and M. L. Pipkin engaged in a casual conversation about the possibility of forming a club for the purpose of organized sail boat racing Their discussion was to have a sailing club similar to "Windycrest Yacht Club" on Lake Keystone, in the north eastern part of Oklahoma. With this in mind M. L. "Bud" Pipkin called Mr. Cliff Hayes of The Army Corps of Engineers in Denison, Texas. In talking to Mr. Hayes Bud asked about the possibility of a site on Lake Texoma for a sailboat club. Mr. Hayes advised Bud of an area in Caney Creek and also a bay east of Caney Creek "The Sooner Boat Club" area. The Sooner Boat Club Area was eliminated because there was no access road leading to the bay.

On November 15, 1976 at 7:30 pm the first meeting of what was to become the Caney Creek Yacht Club was held in the home of M. L. "Bud" Pipkin. After considerable discussion about docks, securing them, security, maintenance and insurance, a motion was made and carried. Caney Creek Yacht Club was formed. Nominations were made to elect officers as follows: Commodore Dick Battle, Vice Commodore John Carney, Rear Commodore Dr. John "Asbury" Smith, Secretary/Treasure M. L. Pipkin. These men elected by acclamation.

Jack Moore volunteered to have incorporation papers drawn up and registered with the State of Oklahoma. The club was to be non-profit and organized to promote the sport of sailing.

The first meeting with Bruce Hardy of the Tulsa Area Corps of Engineers ended with "The request must come through the Denison office of the Corps to the Tulsa office." A meeting was then setup with Mr. Cliff Hayes through Mr. Ottis Higginbotham of the Denison Corps of Engineers. The meeting was made and the proposal of a community dock for approximate 20 sailboats with the possibility of expanding at a later date was presented and made.

On November 19, 1976 M. L. Pipkin met with Mr. Hayes and Mr. Harry Duncan, Corps of Engineers, Denison, Texas. Mr. Pipkin was shown an area on the North part of Caney Creek and was advised that this area was set aside of development by organization such as Caney Creek Yacht Club. Application was made and CCYC was put on the waiting list.

On January 14, 1977 CCYC was notified that they were now at the top of the list. CCYC was becoming reality. Trouble! The area specified had no access road and the Corps would not allow the building of one. But there was another area called "Gray's Cove" and this had kind of a road (for fishermen).

On January 30, 1977 plans on financing the building of 20 slips with three deadends holding said slips in place and an 80 foot walkway to access the dock were discussed and it was approved that CCYC would be located in Gray's Cove, Caney Creek Arm of Lake Texoma. On March 3, 1977 the Corps of Engineers approved the plans for the construction of CCYCs docks. The first meeting to be held on the docks was on April 3, 1977